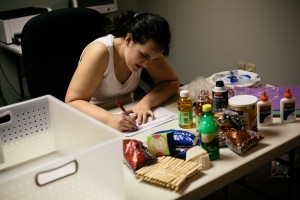 CIP Student Profiles: CIP Bloomington Students Transition Into the Next Phase of Their Lives

According to the Random House Dictionary, a graduation is the ceremony of conferring degrees or diplomas, as at a college or school.

It conjures up images of smiling families, flashing cameras, and tossed caps all to the sound of gleeful applause and clapping.

Graduation is celebrated as a milestone that parents and their children anxiously look forward to, but it is more than a ceremony; it is a rite of passage that signifies perseverance, self-worth, and hard-fought independence.

Three students at the Bloomington CIP program embody the spirit and essence of a graduate: Amy B., Braden G., and Eugene J. Each of these students, armed with unique skills and challenges, began their path to graduation as many students do with three difficult questions: who am I, where do I want to go, and how do I get there.

A unified and dedicated team of tutors and academic supporters, led by Academic Coordinator Mendy Kossmann, created the solid foundation from which Amy, Braden, and Eugene could answer these questions.

Amy B. began as a transfer student who envisioned a goal in the Education field. Her skills and aptitude for working with young children was already a fire in her belly, but as with many education students, a bewildering array of method classes, theory and pedagogy, and conflicting practicum schedules made her goal appear murky and very far away.

What Amy was able to accomplish through the steady support and guidance of her team was a metamorphosis into a poised and confident early childhood educator. She examined her disposition, developed a plan to recognize and overcome habits and behaviors that created obstacles to her goal, and emerged with a sense of self-worth that firmly stated “I can teach children!”

Amy learned to, in her words, “step back and think about what I am doing. Instead of being overwhelmed and freaking out, I think of the steps I have learned to self-regulate.”  As a result, she has gained independence earned as a full time teacher in a highly qualified early childhood program.

Eugene J., like Amy, began as a transfer student with the goal of achieving a degree, but was unsure of the best field to go into.  He had great interest in geography and political science; his understanding and knowledge of history made him a very successful intern at the Bloomington Historical Society and the I.U. library.

Exactly how to navigate the application process and choosing which school to enter in order to follow his interests was confusing, to say the least. Deadlines, application formats, and scheduling were challenges that made a degree feel unlikely. 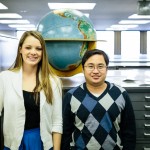 The CIP academic team, along with his very dedicated advisor Jim Walsh, helped Eugene create a time management system in which classes, coursework and study time could be completed as needed.

Eugene was able to apply his considerable analytical skills to his studies without being overwhelmed by the anxiety of deadlines. As Eugene put it, “Part of it was learning to organize time and part of it was learning good study habits, so the time I spent was useful and helpful.” Eugene’s degree in General Studies opens the door to further studies at I.U, to work in urban development, or go wherever his interests take him.

Braden G. entered the program fresh out of high school with a drive and enthusiasm that could take him to the moon. His unfailing organization and self-discipline made him wide open to apply himself in many directions, but like Amy, children are what make Braden shine.

Academics and testing could not dampen his natural affinity and innate ability to connect with children, especially special needs children. Through three internships and practicums, along with his education courses,  he proved himself to be a vital member of a teaching team and created an atmosphere of trust and respect among children and colleagues alike.

With the help of Kara Lasher, his adviser, who never failed to be there for support and encouragement, he completed a professional working portfolio that would make any education student green with envy. This portfolio exemplifies the very best traits of Braden: perseverance, dedication, hard work, and unfailing optimism for himself and the children he works with. As a graduate of College Internship Program, he embodies the very best of what we hope for in achieving self-worth and respect.