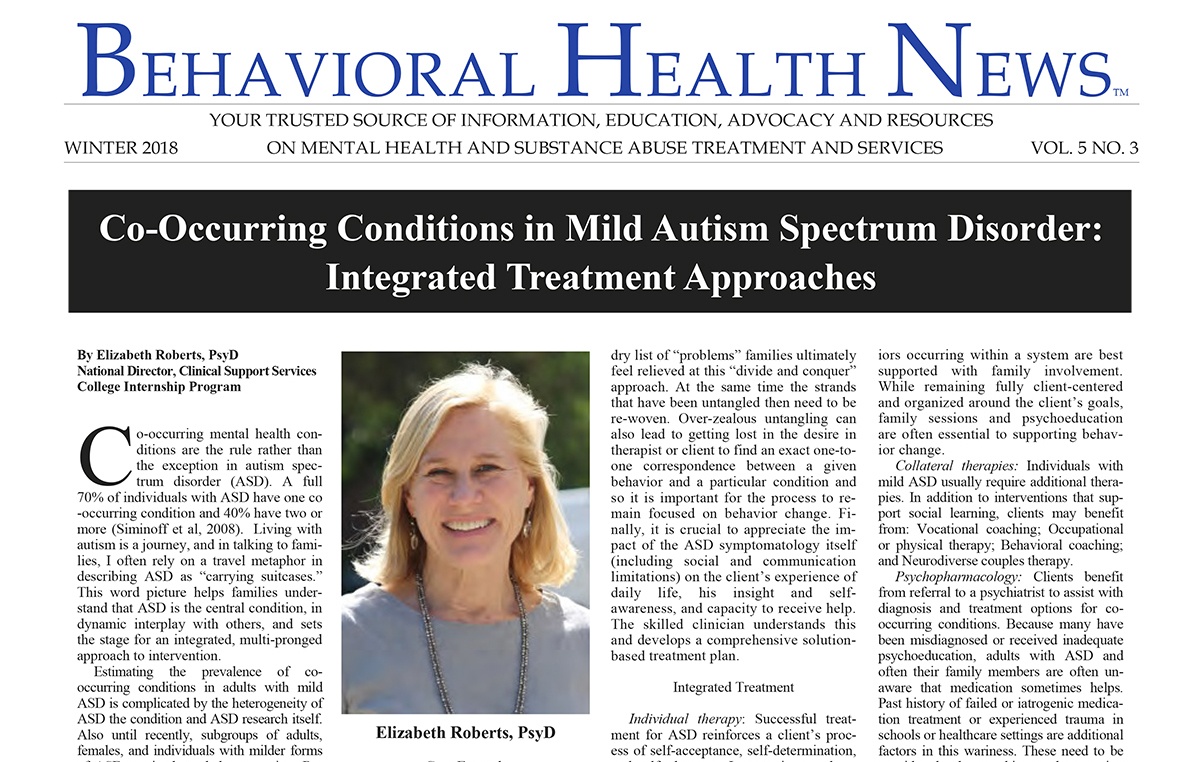 Co-occurring mental health conditions are the rule rather than the exception in autism spectrum disorder (ASD). 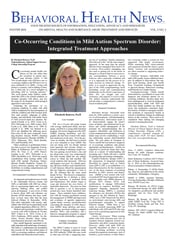 A full 70% of individuals with ASD have one co-occuring condition and 40% have two or more (Siminoff et all, 2008). Living with autism is a journey, and in talking to families, I often rely on a travel metaphor in describing ASD as “carrying suitcases.” This word picture helps families understand that ASD is the central condition, in dynamic interplay with others, and sets the stage for an integrated, multi-pronged approach to intervention.

Estimating the prevalence of co-occurring conditions in adults with mild ASD is complicated by the heterogeneity of ASD the condition and ASD research itself. Also until recently, subgroups of adults, females, and individuals with milder forms of ASD received much less attention. Research1 has identified the following prevalence rates for the most commonly occurring disorders: Anxiety, 40-80%; Attention Deficit Hyperactivity Disorder (ADHD), 37-85%; Depression, 26%; Mood disorder, 52%; and Suicidality, 66%. Other conditions or problematic behaviors that co-occur less frequently2 but require consideration when treating adults with mild ASD include: Psychosis; Schizophrenia; Gender dysphoria; Trauma; Excessive electronic gaming; and Learning disabilities in reading comprehension and compositional writing.